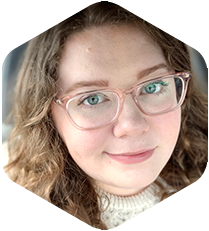 I love Lost Mine of Phandelver. It’s the first thing I successfully DMed in fifth edition, and it’s the basis—however wildly interpreted—for The Adventure Zone: Here There Be Gerblins, my favorite arc in the popular podcast by Justin, Travis, and Griffin McElroy from My Brother, My Brother and Me and their dad Clint McElroy. I love that its title is the Mandela Effect of TTRPGs: are there two lost mines or just one? Maybe there’s one officially lost mine, but the other (hence “Lost Mines of Phandelver”) is just like super lost.

I’m not alone in loving this setting and story. Lost Mine of Phandelver is many a player and DM’s entry point into Dungeons & Dragons. It has what so many people want from their first D&D game: it has both a dragon and dungeons, it includes a slimmed-down ruleset, and there’s pre-generated characters to get started with.

Lost Mine is set just off the High Road on the Sword Coast, south of Neverwinter (though Thundertree is just upriver) and north of Waterdeep. In D&D terms, it’s smack dab in the middle of everything fifth edition: Storm King’s Thunder and Princes of the Apocalypse start to the east, Waterdeep: Dragon Heist is in the south, and Dragon of Icespire Peak from the Essentials Kit is in the Sword Mountains outside Phandalin. You’re in the geographical midst of many more adventures to come but nestled in a play area that has all of the classics at hand: a ruined castle, a mysterious abandoned town, and even a “tor”—and what is high fantasy without a geographical feature you have to Google? But Phandalin, the simple town and people the adventure is built around, is what makes Lost Mine of Phandelver worth playing.

A Guide to the Folks of Phandalin

Phandalin is a busting town built on the ruins of a previous, much larger, human settlement allied with the dwarves and gnomes of the Phandelver’s Pact. Settlers from the large nearby cities of Neverwinter and Waterdeep have recently reclaimed the ruins and built simple log buildings surrounded by crumbling stone ruins. There’s a single cart track into town, which widens into a muddy main street uphill toward the ruined Tresendar Manor, currently occupied by the Redbrands, the gang controlling Phandalin and led by Glasstaff.

Once the players are in the village, Lost Mine of Phandelver encourages the DM to ask a question like, “There’s an inn, a town hall, a shrine, general stores and trading posts, and a few other homes and businesses. Where do you want to go?” If you’re a new DM, that can be an intimidating question to ask—what if they go want to go somewhere you haven’t prepared? Luckily, most locations have at least one NPC and an adventure prompt or rumor included.

Here’s the chart I wish I’d had when running Lost Mine of Phandelver for the first time in roughly chronological order of when it makes sense for most parties to visit during the day:

That’s the town. Above Phandalin, Tresendar Manor is in ruins, which the Redbrands have made their hideout. Because of “Redbrand Ruffians,” the Redbrands will eventually try to intimidate the party, even if the player characters have stayed out of the conflict. Eventually, everything leads to Tresendar Manor.

I love how each of these characters and their stories are interwoven, and player characters have a reason to get invested in the success of this small community. In my own game Sildar Hallwinter, Pip, and Droop were party favorites. The smithy and the woodworker are both on the map but do not have any information provided. A gnome and a half-orc couple ran the smithy in my game, and the woodworker had a crush on Sister Garaele so she carved increasingly elaborate things for the Shrine of Luck to see her more. Several of the characters (Daran Edermath, Halia Thornton, Sildar Hallwinter, Sister Garaele, and Reidoth the Druid) offer paths into the faction system, which can be a great way to get new roleplayers to understand their characters’ motivations and drive actions taken out of combat.

Phandalin is the doorstep to many more adventures, so I hope you have fun playing whether you’re new or returning to the Forgotten Realms!

While I love Lost Mine of Phandelver, it also has some things fantasy could do without. Phandalin was destroyed long ago, along with Wave Echo Cave, by an orc horde. Wyvern Tor has scouts from the Many Arrows tribe who “often roam into the more civilized areas of the North, spying out human settlements, waylaying travelers, and looting and plundering as opportunities present themselves,” and their leader is “a savage brute who is more interested in murdering and looting than scouting.” Note that the experience points awarded are for “dealing with” the orcs and the ogre, so while new D&D players and parties might feel like they have to solve every problem with violence (and the text certainly encourages this), the player characters could simply negotiate with them.

The goblinoids in Cragmaw Hideout are largely nameless enemies, and the bugbears at the Redbrand Hideout insult and demean their goblin slave. Nezzar the Black Spider is a drow whose race is described a “devious” and “scheming.” If you are a new DM, know that you do not have to stick to the text, and you can absolutely remove anything you and/or your players wouldn’t have fun playing. It’s a great idea to talk about this before starting play and implementing tools like Lines and Veils or the Safety Deck available in every Roll20 game to ensure everyone’s having fun.